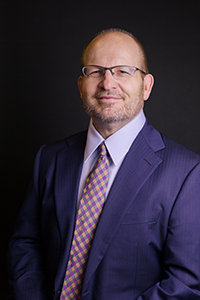 AV Rated attorney Kurt Faux helps clients regulate disputes, preferably before litigation. Hard work has always been the driving force in Kurt’s success and passion for learning – having grown up in a small farming town of Pleasant Grove (Manila), Utah. A voracious reader and gifted athlete, Mr. Faux has always enjoyed the merits of discipline, work and education.

It is no surprise that his experiences working on farms and construction bolstered by an appreciation of exceptional writing and analyses are some of the qualities that have contributed to his passion for the law and its practice. In 1995, nine years after graduating from Brigham Young University Law School, Kurt opened a boutique law firm that focused on complex surety law, construction and general litigation. His practice would soon grow and become a nationally recognized firm in these areas of practice.

Mr. Faux’s practice is devoted to the representation of sureties, insurers, contractors and others involved in the construction industry. Mr. Faux represents a number of construction trade organizations in various matters before courts and governmental entities. He has represented the Southern Nevada Air Conditioning Refrigeration Service Contractors Association and the Plumbers and Mechanical Contractors of Nevada. Mr. Faux served as lead trial counsel for the Associated Builders and Contractors in its lawsuit against Nevada’s Governor, the Southern Nevada Water Authority and various unions to overturn state mandated project labor agreements. The National Spa and Pool Institute retained Mr. Faux to successfully defeat, through litigation, ordinances enacted by the City of Las Vegas.

Kurt C. Faux is an invited speaker to and has written papers for numerous groups concerning surety bonds, Nevada construction law, and legal ethics. He has also conducted in-house seminars for various sureties and construction associations.

Kurt Faux is a proud member of the following associations:

What is a mechanic's lien?
VIEW OUR NEWSLETTER